Seki, Japan, the cutlery capital, is situated in the centre of the Japanese Archipelago. The history of the cutlery in Seki dates back 780 years. Swordsmiths first appeared in Seki in the early 1200’s. The industry’s founder was drawn to the area by its natural resources which included good quality earth for tempering blades, pinewood charcoal, fresh water, and proximity to two major rivers.

Seki was an ideal region for swordsmiths. The method used for tempering swords in those days was unique to Japan. Swords from Seki were such good quality and had such high artistic value that Seki became famous for its swords. During the 1300s to the 1500s, the number of swordsmiths exceeded three hundred and Seki were renowned as excellent swords that neither bent nor broke. During the civil wars from the late 1400s to early 1500s, Seki swords were favoured by the Samurai warriors. Therefore Seki prospered and became Japan’s most famous sword manufacturing centre. This traditional Japanese technique of swordmaking has been handed down from generation to generation to the present day. These techniques continue to be used to produce Kasumi knives which explains their excellent cutting ability and hardness.

The main cutting blade of Kasumi knives is made of V Gold No. 10 high carbon stainless steel that has been developed especially for knives. The blades are hardened to Rockwell C59 60 degrees, and, therefore, keep a sharper cutting edge longer than any other knives. On both sides of the main cutting blade, fine damascus stainless steel pattern is clad. The Kasumi pattern that you see on both sides of the knives is the result of the repeated folding and forging of fine stainless steel into multiple layers.

Each knife is carefully finished throughout each step of the manufacturing process by the hands of skilled craftsmen. The beauty of the Kasumi pattern together with the strong black laminated wooden handles makes these knives look graceful, yet strong and good for any style of cooking. 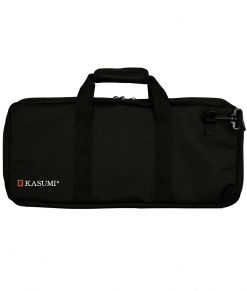 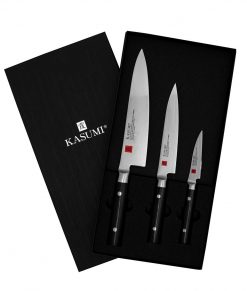 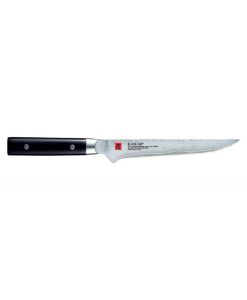 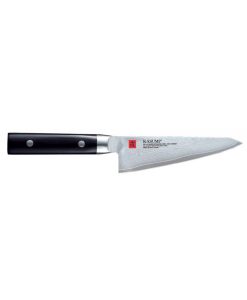 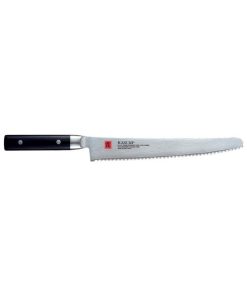 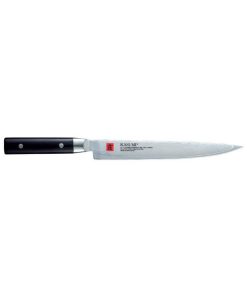 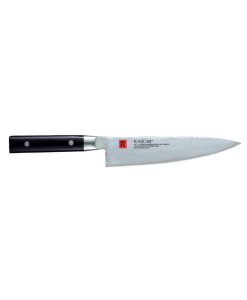 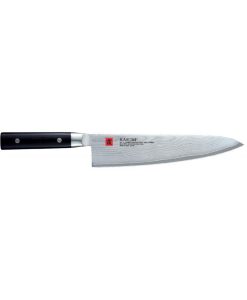 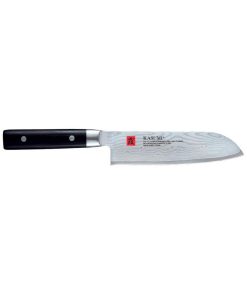 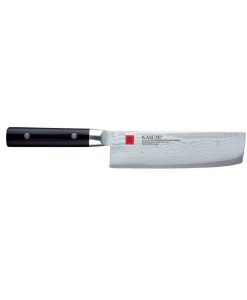 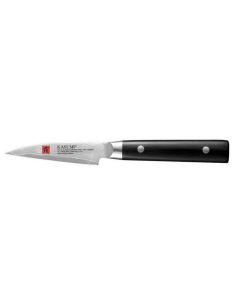 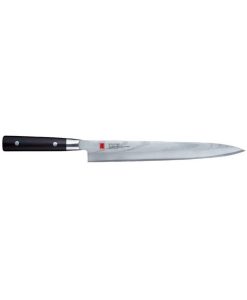 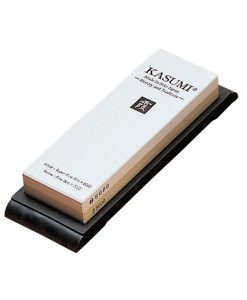 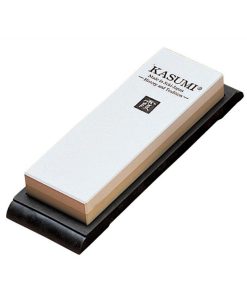 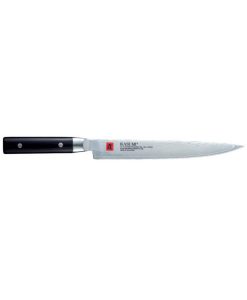 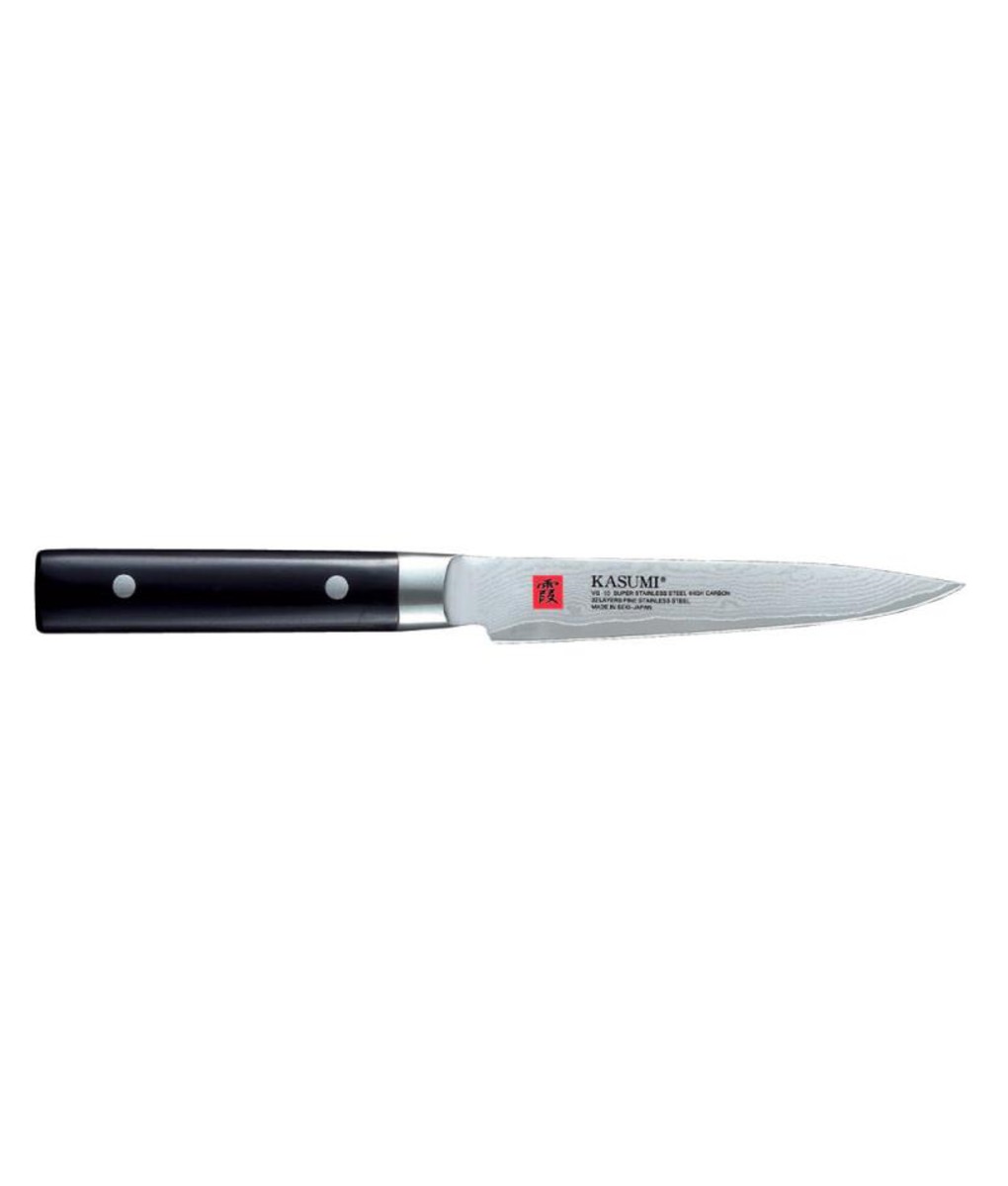